The Black Afrikan Infrsatructure Organization is the originator of Dr Arikana's Wakanda City Project.The idea of an African Diaspoa African African America homeland in Africa came out of the extensive work of the BAIO.Although not in the founding membership,Mr Robert Rosentall has been a partner in building relationships with high level Africa officials for decades.In 2011 at the behest of the BAIO's Association of African Americans for Liberia he went there promoting our Liberia Next series.A project focused on investment in Liberian rubber and other natural resources.Ufortunately he couldn't get an audience with the Minister of finance even though he brought heavy investors with him.It was because he was African American he faced prejudice from his Liberian friends.A Liberian friend of ours Samuel Cooper gave him a tour of his land in Marshall L;iberia inwhich Rosenthall found iron ore gold tin and serveral other minerals as well and rich soil for rubber and cocoa production.We never gave up on Liberia as the country holds a special place among the Afrikstan or future homelands.It was clear that Preident SIrleaf had no real vision beyond her own personal gain and

The Agreed apon Endgame of the Black Afrikan Infrastructure Organization is the Idea of an Afrikstan.Anyone who does not agree this has no place among us.An Afrikstan must be built and controlled by African American and other slave descendants period.I made that clear in 2016 when I asked Mr Rosethall to pitch the idea around in Africa.Surprisinly we got postive feedback.The Best one was from Angola whom I was cultivating since 2014 when Ghana Kenya and Liberia balked.Mr Vemba an Angolan American told me Angola has plenty of space for a ciity state.I was then introduced to the great Mother Celeste Brito .This was under the Currupt Dos Santos regime.She was doing very good with her Natra Bank and Rosentall's Gold Bullion bank.She proposed building this Afrikstan in northern Angola on the Congo River in a place called SOYO..We had our eyes on Tamboa in th south.In 2016 everthing was going good.Then in 2018 Celeste was imprisioned on false charges and things stopped in  Angola for the BAIO.Mr Roenthall was in Angola at the time but went to Zimbabwe where he met Dr Arikana some Chinese partners and Presient Robert Mugabe.It was here he brought up the idea of a city state for the diaspora,something like a Dubia.Dr Arikana began calling it Wakanda because of the movie Black Panther which was out at the time.I objected to this because the Afrikstan has a specific meaning and its not some comic book fantasy. 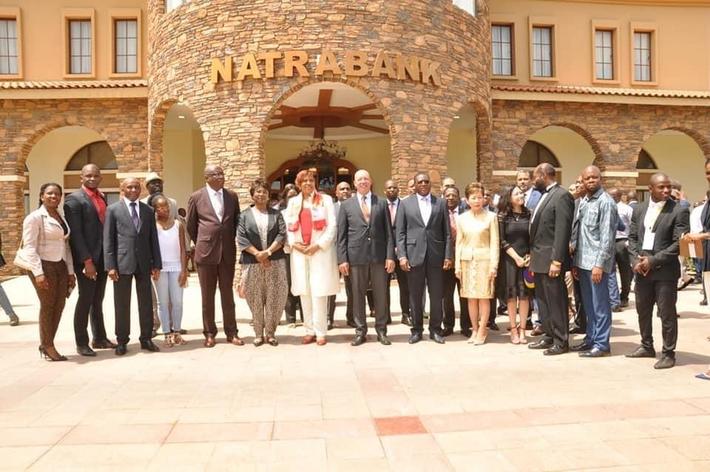